Ambulance – Water Works and other details 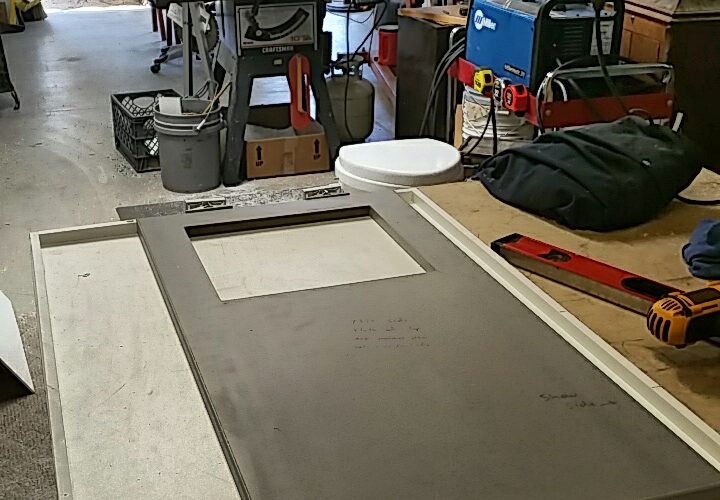 I’ve been at it full time but seems like a lot of the smaller details have been taking precedence. I have finished a few items however including this cabinet. Nice to have at least one place where I no longer need to do anything. Having said that I’ll probably be back in there for something. Yes, there are many valves. But with many valves come many options. The system will do all of the normal functions like filling, city hook up, draining, etc. The extra valves allow for options such as bypassing the uv filter on city hookup, bypassing all the filters for faster filling, filling from a stream, using the fill port as an outside shower or truck wash. I’ll eventually mark the valves with color codes so I know where to put them for any given operation. On a side note, pex and cinch clamps are amazing. I’ve used over 200 of them without a leak.

The hoseline ac/heating system has been removed. It was much easier than I thought. The entire system is now off the premises. I didn’t get much for it but was paid well for my handling time and it will now be used instead of trashed.

Ok, don’t laugh about this one. My cousin had this ac unit he was getting rid of. It came up at the same time I was trying to decide to pull the hoseline. When he said I could have it for 120 bucks, and I measured the draw at 1000 watts, and it has a built in heat pump, I couldn’t pass it up. My plan was to pull it apart and put it in the original hoseline location. No go, the evaporator/condenser were stacked and not to be taken apart. I then decided on this spot. Vents right out the side, the intake is clear and I can hide it in the bench. So far it’s working great. 13,000 btu cools it down nicely at night and it even has a remote. If it doesn’t work out hey, I’m getting pretty good at bondo.  Looks like I’ll get to practice those bondo skills. This unit did not work out and was replaced by a mini split.

Finally got to make a couple interior parts. This is the sliding door between the cab and shower. I used the old door and track and added insulation.

This other project didn’t go so well. I spent the whole day figuring, planning, and building this box which goes on top of the electrical cabinet. In the end I had to walk away realizing it most likely wasn’t going to happen. That night I realized that if I ditched the whole stereo behind the door plan and moved it across the way all would be good. If the stereo wasn’t there then the switches could also migrate across the camper. In the end I got a good start on a multi room bird house and gave myself two more days of work. On the plus side, 6 more inches of counter space. I’ll take that trade any day.